We are very pleased to share with you our 134th season, featuring the International Artist Series at Ordway Center for the Performing Arts and the Music in the Park Series at Saint Anthony Park United Church of Christ. 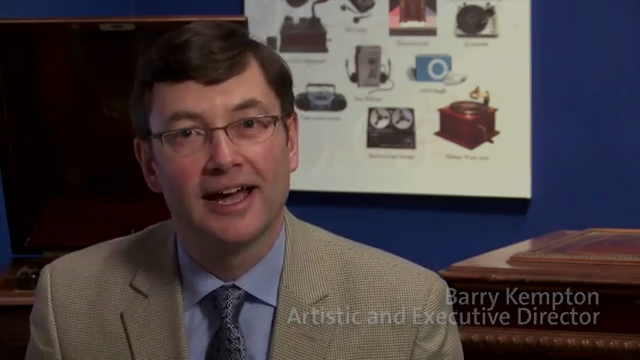 The Schubert Club’s International Artist Series engages the world’s great artists in recitals for audiences at the Ordway Center for the Performing Arts in Saint Paul. First presented 124 years ago, this highly sought-after recital series offers ticket prices that are among the lowest in America for comparable concerts.

In the words of the Star Tribune, “Renée Fleming is a true diva du jour. Her sumptuous soprano, dazzling technique and glamorous persona make her the complete package.” No wonder, then, that this multiple Grammy Award winner has performed in such an extraordinary range of venues, from the balcony of Buckingham Palace to the Super Bowl, President Obama’s inauguration to the 2008 Olympics in Beijing—as well as the most prestigious concert halls and opera stages in the world. With an extraordinary multimedia presence unique among contemporary opera singers, Fleming has made a unique and indelible mark as one of our generation’s most respected and renowned vocalists and performers, both on the stage and off. In addition to her live performances, Fleming has also hosted and appeared in a wide variety of television and radio broadcasts, including the Metropolitan Opera’s Live in HD series, Live from Lincoln Center and the Twin Cities’ own Prairie Home Companion. Having previously graced The Schubert Club stage in 2001, 2005, and 2010, we are once again delighted to present soprano Renée Fleming—for just a single night —as she opens the 2016-2017 International Artist Series.

With a remarkable consistency throughout his repertoire—from Paganini to Adès—German violinist Augustin Hadelich continually astonishes audiences with a phenomenal technique and poetic sensitivity seldom see in a single artist. In fact, after his January, 2014 performance of the Beethoven violin concerto at Disney Hall (conducted by Edo de Waart), his uncanny blend of technical mastery and refreshing spontaneity prompted the Los Angeles Times to enthusiastically applaud his “pinpoint intonation and surprising turns of phrase.” Similarly, pianist Joyce Yang—who at just 29 years of age has performed as soloist around the world—repeatedly dazzles audiences and critics alike with sheer technique, while simultaneously creating “moment after moment that surprises the listener with a bit of extra musical insight” (Aspen Times). A native of Seoul, South Korea, Yang took her first piano lesson when she was just four years old and entered the prestigious School of Music at the Korea National University of Arts just six years later at the age of 10. The Schubert Club is thrilled to present these two remarkable artists—gifted with extraordinary technical skills and innate artistry—together on the same stage as part of this year’s International Artist Series.

To say that Gil Shaham is one of the foremost violinists of our time may actually be a bit of an understatement. Shaham’s career took off in 1989 when he replaced the legendary Itzhak Perlman (who was unable to perform for health reasons) for a six-concerto, three-night marathon with the London Symphony Orchestra at Royal Festival Hall. Still a high school senior and a student at Juilliard, Shaham stepped off the Concorde at Heathrow to find a throng of reporters, onlookers and curiosity seekers. If the 18-year old seemed unfazed by it all, perhaps it’s because he’d made his debut with the Jerusalem Symphony at age 10 and with the Israel Philharmonic the following year. His flawless technique combined with his inimitable warmth and generosity of spirit has solidified his renown as a true American master. A multiple Grammy Award-winner and Musical America’s “Instrumentalist of the Year,” Shaham has played virtually every major concert hall in the world. The Schubert Club is thrilled to welcome Gil Shaham back to the Ordway Music Theater stage for a single performance this season and his second appearance in the International Artist Series.

Accompanied by Malcolm Martineau—one of the world’s leading collaborative pianists and favorite among Schubert Club audiences—soprano Miah Persson and baritone Florian Boesch each make their debut in the The Schubert Club’s International Artist Series. As a member of the Royal Swedish Opera, soprano Miah Persson has wowed audiences with “spine-tingling moments of vocal splendour” (Edinburgh Spotlight), while the effusive and natural brightness of her voice beguiles listeners with a “sense of gentle repose . . . mixing charm, depth and romantic ardour” (The Sunday Times). Similarly, Austrian baritone Florian Boesch “doesn’t just sing this music, he inhabits it to the hilt” (The Independent), delivering “a lived experience, with flashes of transcendence” (The New York Times). Helping to shape this special performance, pianist Malcolm Martineau, brings extraordinary chemistry and freshness to every piece. Don’t miss this unique, one of a kind performance by three international masters.

Despite a flourishing international career that includes performances at such legendary venues as Amsterdam’s Concertgebouw, London’s Royal Festival Hall and the Théâtre des Champs-Élysées in his native Paris, pianist Alexandre Tharaud only played in the U.S. for the first time in January 2015. Clearly, it was well worth the wait. NY Times critic Vivien Schweitzer hailed his debut performance at Carnegie Hall as full of both “articulation and wild exuberance.” As the son of a dance teacher at the Opéra de Paris and the grandson of a violinist, it should come as no surprise that Tharaud’s technical expertise and his “range of touch and colour, and his sheer enthusiasm, shine through every jewel-like piece” (The Guardian.) What is a bit strange, perhaps, is that Tharaud refuses to keep a piano at his own residence for fear that he will come to prefer improvisation and experimentation to rigorous practice. All the better for his audiences who continually delight in his “crisply articulated and vividly etched” (NY Times) renditions of Bach and others. The Schubert is proud to welcome Alexandre Tharaud to the Ordway Concert Hall stage for two dates in April 2017 for his International Artist Series debut.

A cherished and distinctive audience favorite, the Schubert Club’s Music in the Park Series presents chamber music concerts at the acoustically and architecturally superb Saint Anthony Park United Church of Christ, “home” to the series since 1979. This intimate setting fosters a palpable connection among composers, musicians and audiences that simply cannot be recreated in larger halls. Whether you’ve been attending for years or are brand new to the series, we invite you to experience chamber music and musicians up close, during the pre-concert talks, performances and at our post-concert gatherings.

Pianist Joseph Kalichstein, violinist Jaime Laredo, and cellist Sharon Robinson have been performing together for 40 years, making the trio one of the longest-lived ensembles with all of its original members. Very early in the group’s existence, they performed at the White House for President Carter’s Inauguration in the late ‘70s. “The KLR players are superstars of the chamber music world” (The Washington Post), artfully balancing the careers of three internationally-acclaimed soloists while making annual appearances at some of the world’s most prestigious concert halls. A favorite ensemble of the Music in the Park Series audience, come hear why the Washington Post has emphatically stated, “Can we just be done with it, and declare the Kalichstein-Laredo-Robinson Trio the greatest piano trio on the face of the Earth?”

Known for their virtuosity, exuberance, and often-daring repertory choices, the Pacifica Quartet consistently plays with “clarity, perfect togetherness and the finest of tuning” (The London Times). Their numerous awards include the Avery Fisher Career Grant in 2006, Musical America’s “Ensemble of the Year” in 2009, and a 2009 Grammy Award for Best Chamber Music Performance. Internationally recognized as one of the foremost interpreters of string quartet cycles, the Pacifica performed all of the Beethoven quartets on Music in the Park Series over three seasons, from 2008-2011. The Pacifica String Quartet’s immersive and unforgettable style takes us to a realm “to which only the miracle of music can transport us” (Pittsburgh Post-Gazette). German-Canadian cellist Johannes Moser, top prize-winner in the 2002 Tchaikovsky Competition, joins the Pacifica in Schubert’s beloved String Quintet and a new quintet by Pulitzer Prize-winning composer Julia Wolfe, a co-commission of the Schubert Club and three partnering presenters.

The Danish String Quartet’s joy for making music and “rampaging energy” (The New Yorker) is utterly infectious. Embodying the quintessential elements of chamber music ensemble, these self-proclaimed “modern vikings” have reached dizzying heights in their first 10 years. The quartet combines a passion for Scandinavian composers – whom they frequently incorporate into adventurous contemporary programs – with highly skilled and profound performances of the classical masterpieces. Their recording, “Wood Works,” a journey through Nordic folk music, was named Best Classical Album of 2014 by NPR. The Danish String Quartet continues to solidify their sterling reputation as “one of the best quartets before the public today” (Washington Post) – all without pillaging cities or razing the English coastline!

Hailed as “a brilliant and expressive player” (Dallas Morning News), Yolanda Kondonassis is celebrated as one of the world’s premier solo harpists Since making her debut at age 18 with the New York Philharmonic and Zubin Mehta, she has performed across the globe as a concerto soloist and in recital, bringing her unique brand of musicianship and warm artistry to an ever-increasing audience. A published author, speaker, professor of harp, and environmental activist, she brilliantly weaves her many passions into a vibrant, multi-faceted career. Joining her for for this Music in the Park Series concert is world-renowned guitarist, Jason Vieaux, who, in the words of NPR, is “perhaps the most precise and soulful classical guitarist of his generation.” The New York Times lauds his playing as “virtuosic, flamboyant, dashing and sometimes ineffably lyrical.” With his remarkably varied repertoire, Jason Vieaux is hailed by critics as the classical guitarist who goes beyond the classical. The Kondonassis-Vieaux album, appropriately titled “Together,” offers a glimpse into the vast musical possibilities of this instrumental collaboration.

Performing music from baroque to new commissions, on both modern and period instruments, Russian-born violinist Alina Ibragimova seemingly defies the laws of physics, playing with an “immediacy and honesty” that collapses “any sense of distance between performer and listener” (The Guardian). Ibragimova has a long-standing partnership with pianist Cédric Tiberghien, whose flourishing international career spans five continents where he has performed at some of the world’s most prestigious halls. In the words of BBC Music Magazine, “Few players of this music combine such clarity and articulation with shimmering sparkle and virtuosic flair; this is sophisticated pianism.”

The Daedalus String Quartet is joined by Twin Cities cellist Wilhelmina Smith and actor Linda Kelsey for the final Music in the Park Series performance of the 2016-2107 season. Praised for its adventurous exploration of contemporary music, the New York-based Daedalus Quartet has established itself as a leader among the new generation of string ensembles. Wilhelmina Smith has received critical acclaim as a solo recitalist, chamber musician and orchestral soloist in the United States and abroad. Rounding out this special performance is Minnesota’s own Linda Kelsey, a multiple Emmy and Golden Globe-winning actor with an extensive and impressive array of stage and screen credits. Kelsey, Smith and the Daedalus will explore music and literary texts associated with Beethoven’s Kreutzer Sonata.