Update: This event is now sold out. 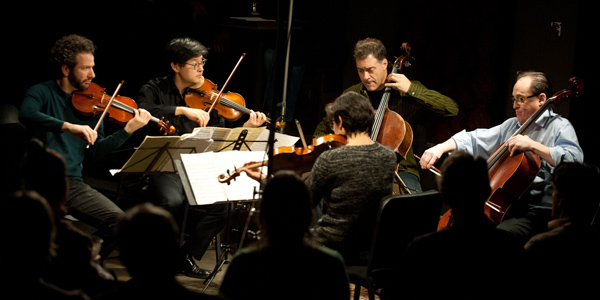 Join us for this one-night-only performance at Icehouse and get to know the music and the musicians in a casual, Q&A style format.

We know you just can’t get enough of Accordo, so we’ve added a special performance the evening following the final concert of the season. Join Accordo on Tuesday, May 10, 2016 in a special concert at the Minneapolis music venue and restaurant, Icehouse. The group will be performing excerpts from the previous night’s performance featuring Dvorak’s String Sextet in A major, Opus 48 and Brahms’s String Sextet No. 2 in G major, Opus 36 while discussing the repertoire and taking questions from the audience. If you joined us for one of our Accordo at Amsterdam performances in the past, you can expect a similar experience for this event.

Tickets are general admission and can be purchased at schubert.org/accordo or 651.292.3268
$12 if purchased in advance or $15 at the door. Act soon! This event may sell out quickly.

Learn more at schubert.org/accordo
About Icehouse:
Icehouse is located in what was originally the loading docks to the old Cedar Fuel and Ice where over 75,000 tons of Ice was harvested each year and later a part of Icehouse studios where many audio and video recordings took place. The original brick and wood ceiling still remains and was incorporated into the design of Icehouse the restaurant, bar and music venue. While we are not harvesting 75,000 tons, shooting videos nor recording albums, The space still remains true to the original industrial aesthetic and we honor our predecessors of the space by employing our take on classical food and drink recipes and by keeping the music going.
Learn more at icehousempls.com
Thank you to our Season Sponsor:

Thank you to our Media Sponsor: