Musicians and patrons gather in the Luther Lounge after each Accordo concert for complimentary drinks and small bites courtesy of Parka.

Presented by The Schubert Club and Kate Nordstrum Projects.

Accordo, established in 2009, is a Minnesota-based chamber group made up of some of the very best instrumentalists in the country, eager to share their love of classical and contemporary chamber music in intimate and unique performance spaces. Its fourth season (2013-14) will be presented by The Schubert Club and Kate Nordstrum Projects at the National Historic Landmark Christ Church Lutheran, one of the Twin Cities’ great architectural treasures designed by the esteemed architect Eliel Saarinen and his son Eero Saarinen. 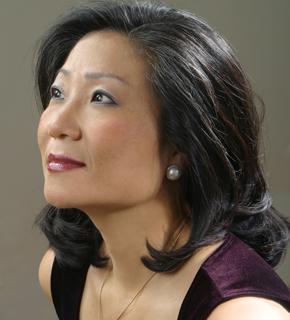 Korean-born pianist Mihae Lee has captivated audiences throughout North America, Europe, and Asia in solo recitals and chamber music concerts, performing in such venues as Lincoln Center, the Kennedy Center, Jordan Hall, Berlin Philharmonie, Academia Nationale de Santa Cecilia in Rome, Warsaw National Philharmonic Hall and Taipei National Hall. An active chamber musician, she is a founding member of the Triton Horn Trio with violinist Ani Kavafian and hornist William Purvis. She has appeared frequently at numerous international chamber music festivals including Dubrovnik, Amsterdam, Groningen, Festicamara (Colombia), Great Woods, Seattle, OK Mozart, Mainly Mozart, Music from Angel Fire, Chamber Music Northwest, Rockport, Sebago-Long Lake, Bard, Norfolk, Music Mountain, Monadnock and Chestnut Hill Concerts. Ms. Lee has been a guest artist with the Chamber Music Society of Lincoln Center, St. Paul Chamber Orchestra, Bargemusic and Speculum Musicae; has collaborated with the Tokyo, Muir, Cassatt and Manhattan string quartets; and has premiered and recorded works by such composers as Gunther Schuller, Ned Rorem, Paul Lansky, Henri Lazarof, Michael Daugherty and Ezra Laderman. A first-prize winner of the Kosciuszko Foundation Chopin Competition, she received her bachelor’s and master’s degrees from the Juilliard School and her artist diploma from the New England Conservatory, studying with Martin Canin and Russell Sherman. Ms. Lee is the artistic director of the Essex Winter Series in Connecticut and has released compact discs on the Bridge, Etcetera, EDI, Northeastern, and BCM labels. She has been a member of BCMS since 1987.

Prior to each Accordo Concert, show your ticket stub atParka for a FREE drink of choice with the purchase of a meal.
Parka is located at 4021 E. Lake St. Minneapolis.

Schubert Club Insider is a blog by Artistic and Executive Director Barry Kempton. The blog posts will cover news and announcements about Schubert Club as well as interesting topics and current issues pertaining to classical music and music industry in general.

Part Three- Checking In with the Schubert Club Staff: How Have Things Changed?

Part Two – Checking In with the Schubert Club Staff: How Have Things Changed?

Part One – Checking In with the Schubert Club Staff: How Have Things Changed?

Announcing the Finalists and Winners from the 2019 Schubert Club Competition